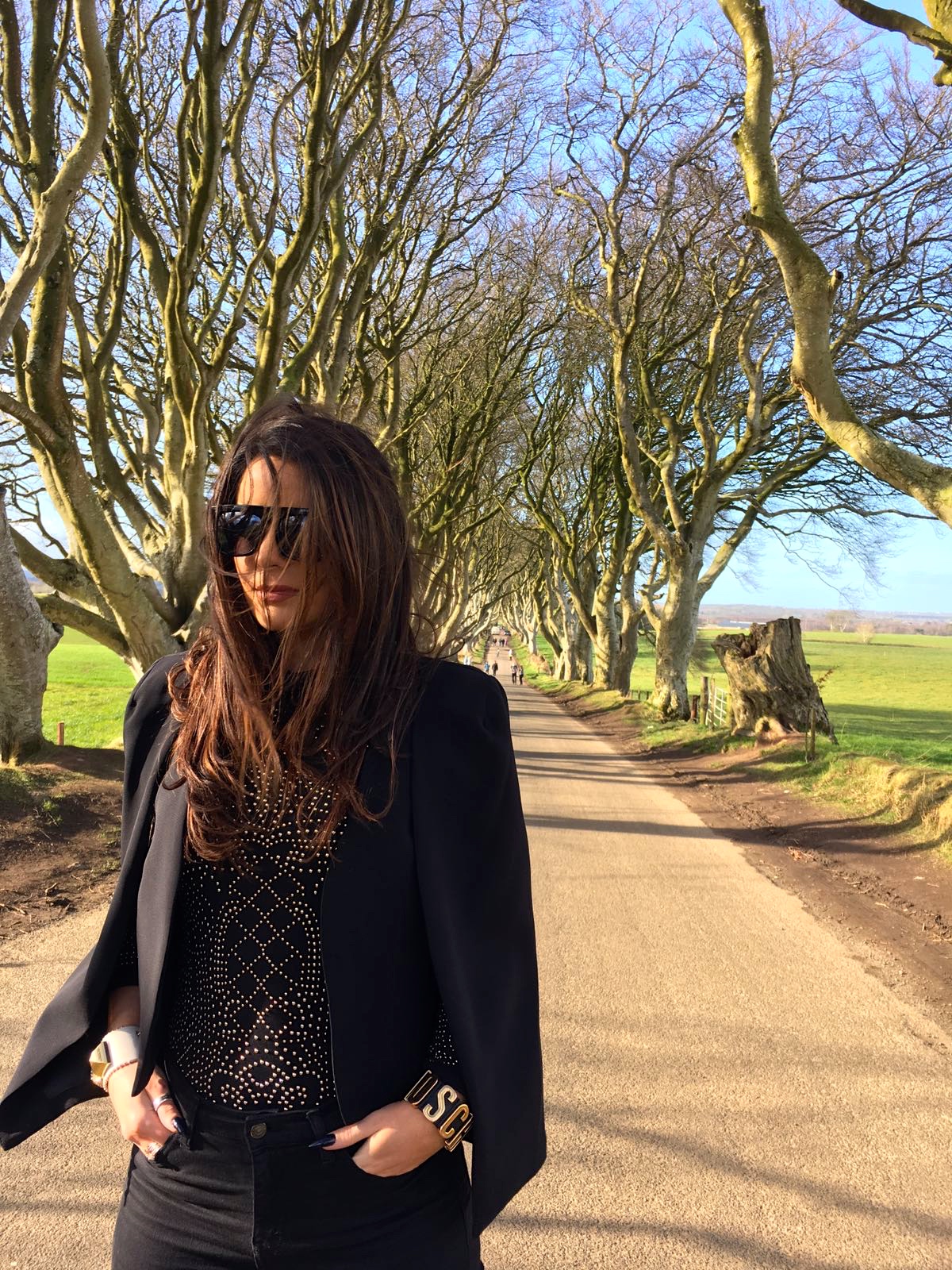 How many of you are Game of Thrones fans?
To be honest, I have never seen an episode of it before but I had most definitely heard of the Dark Hedges, which is a place in Northern Ireland where the TV show was filmed on numerous occasions.
After a little research and realising it wasn’t too far of a drive from home, my boyfriend and I decided to go and see it in real life.
I was quite disappointed to see that a number of the trees had fallen down so  it was a little underwhelming in comparison to some pictures I had seen online but it was still a spectacular sight.
The trees are situated just outside of Ballymoney and I would say are definitely worth a visit, but if you are driving far then combine it with another trip such as the Giants Causeway or Carrick-a-Rede rope bridge which are both quite close.
For the road trip I went almost head to toe in pieces from Sequin Cinderella Boutique.
The cape and the studded bodysuit are new stock this week and are both priced at €49.95.
The jeans are Dr Denim and are n stock in a variety of colours and styles for €55.
My boots were an absolute bargain from River Island’s sale and cost just £20stg. They are so comfy and I wear them with everything. As you can proabably tell, I am obsessed with black clothes and would wear them every single day if I could, but the studded detail really lifts this look and gives it a bit of an edge.
Nicola x 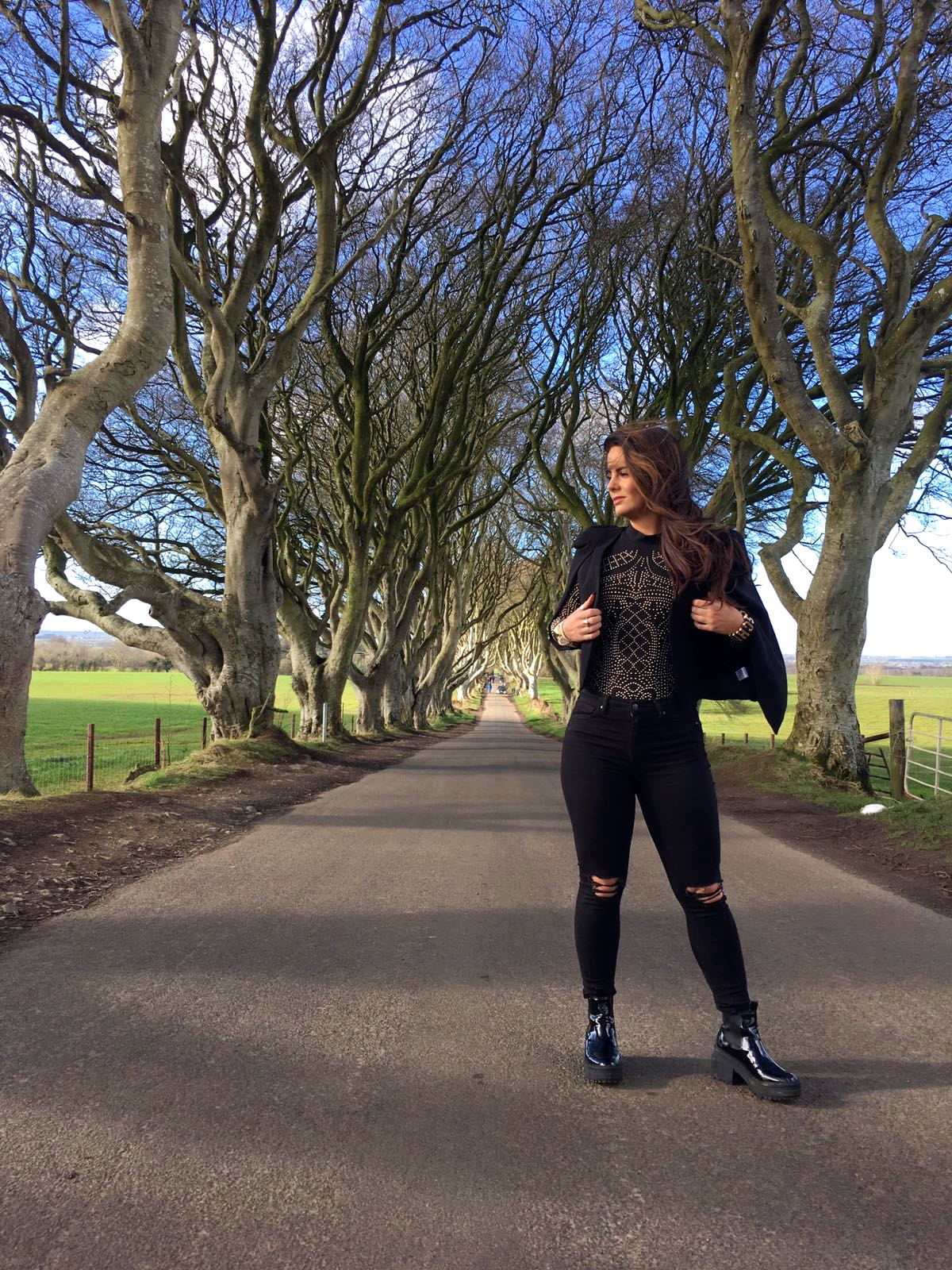 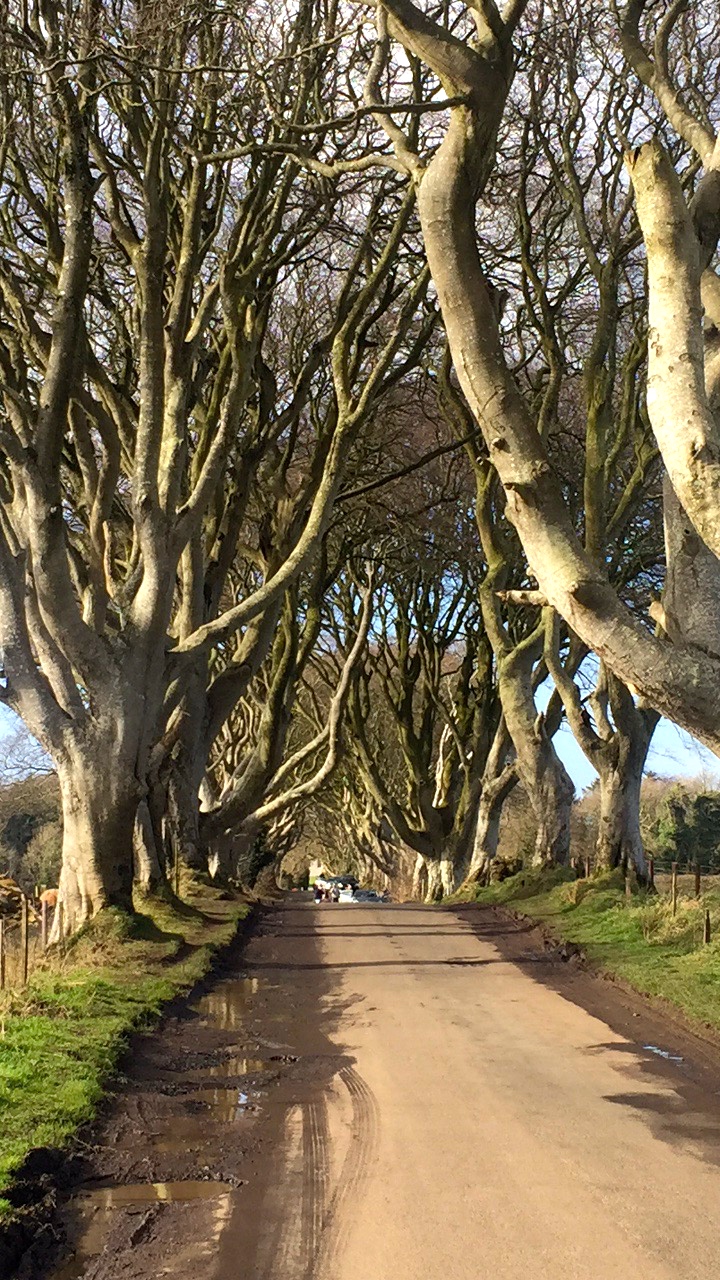 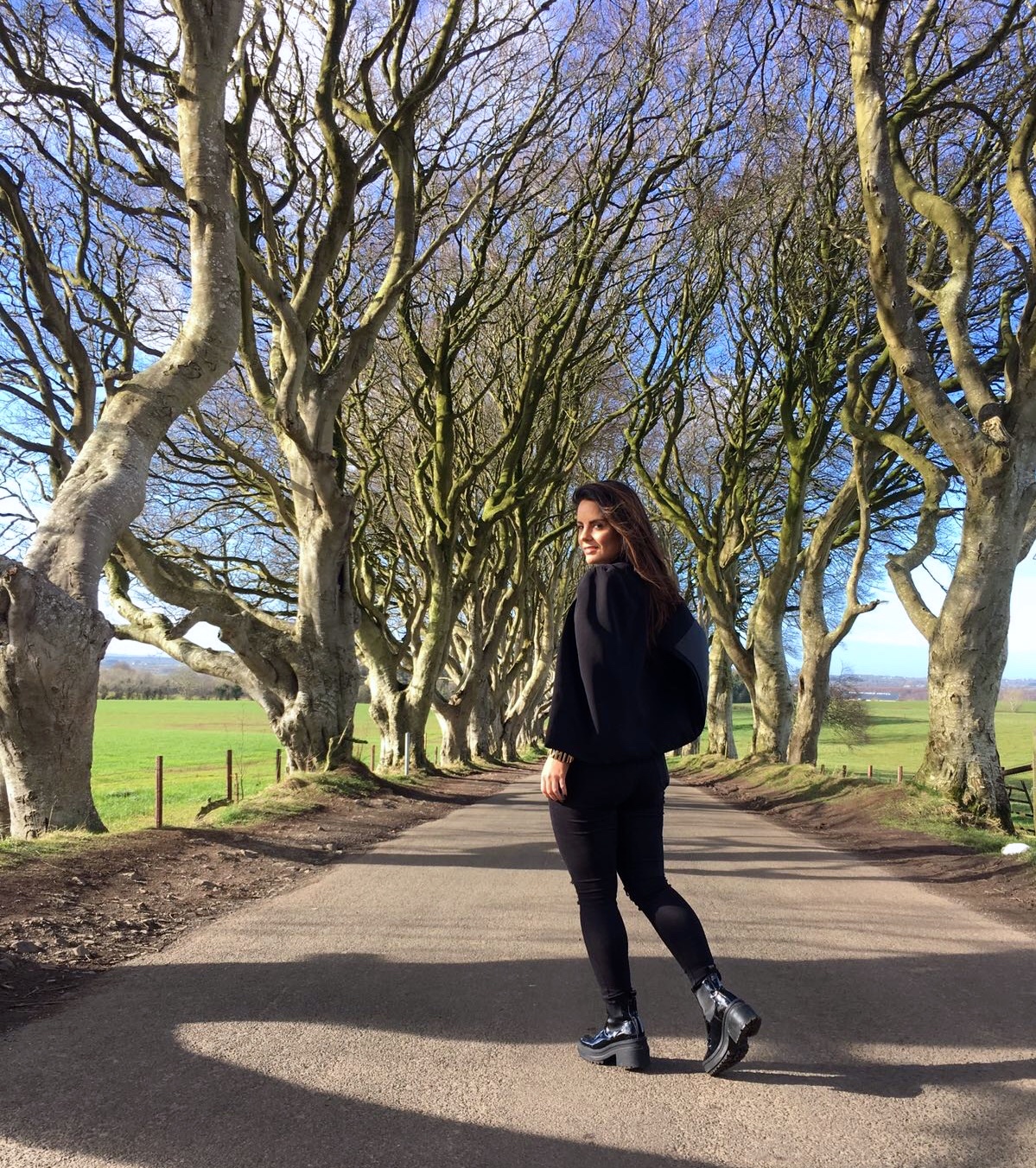 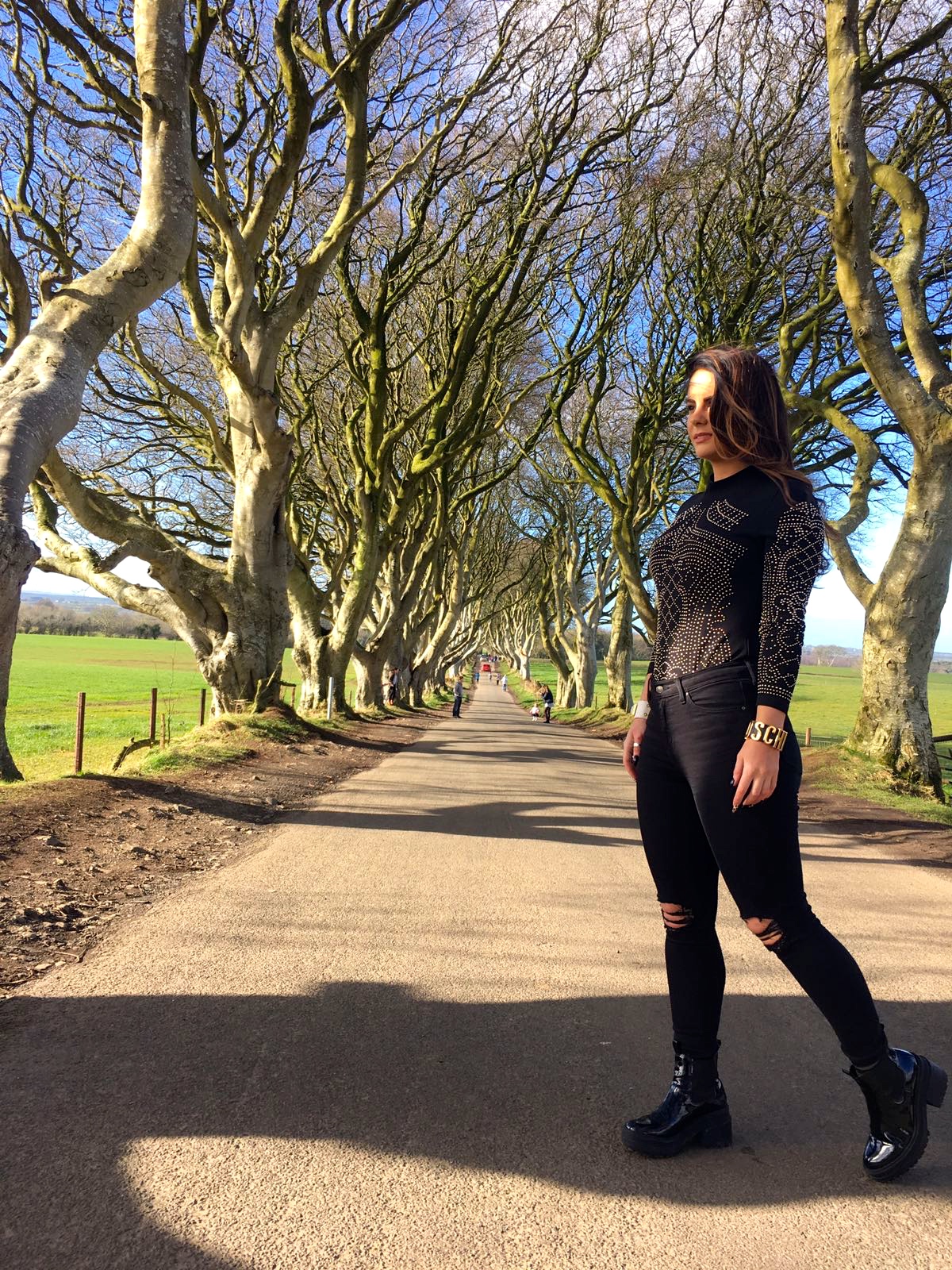 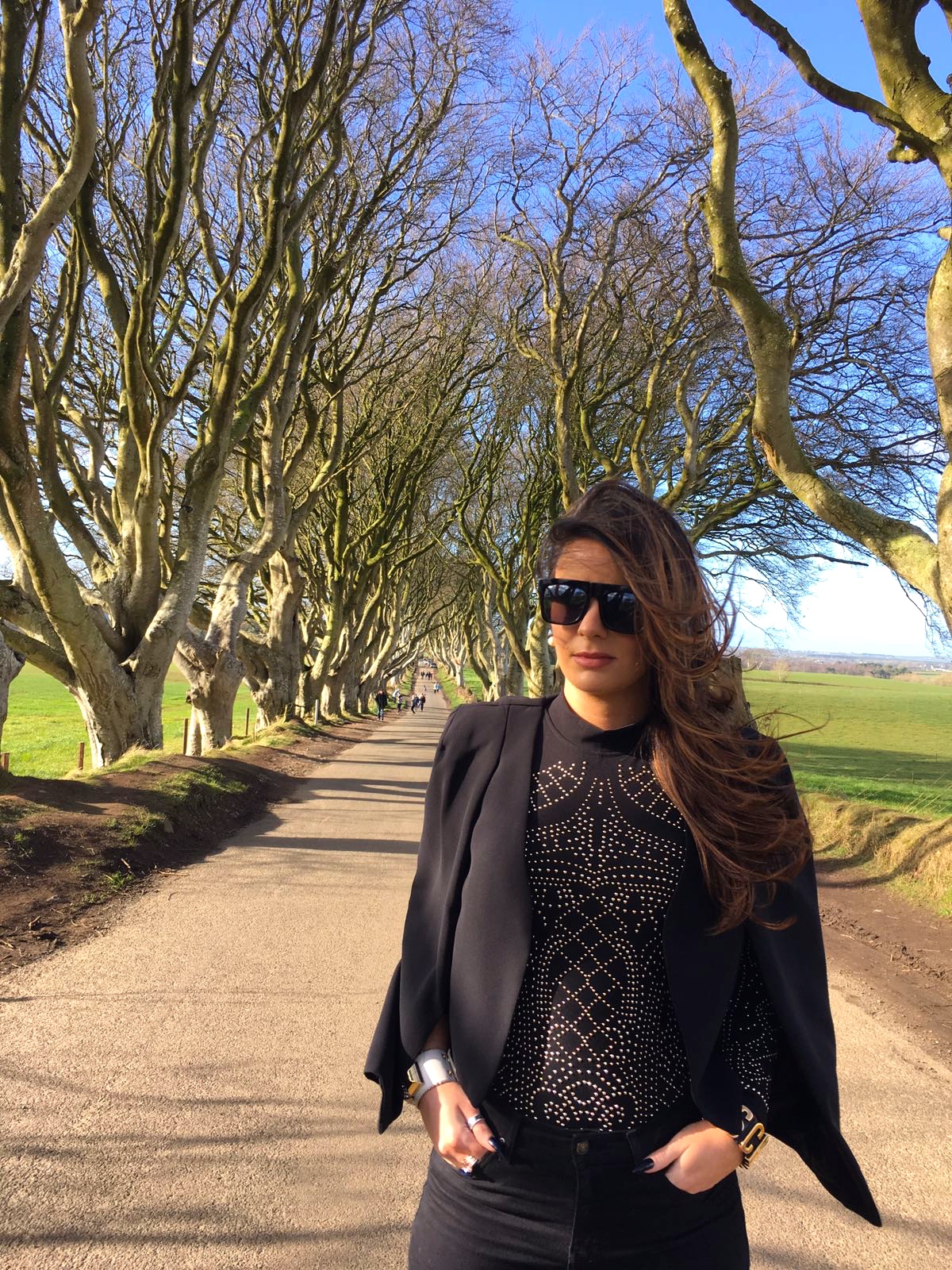 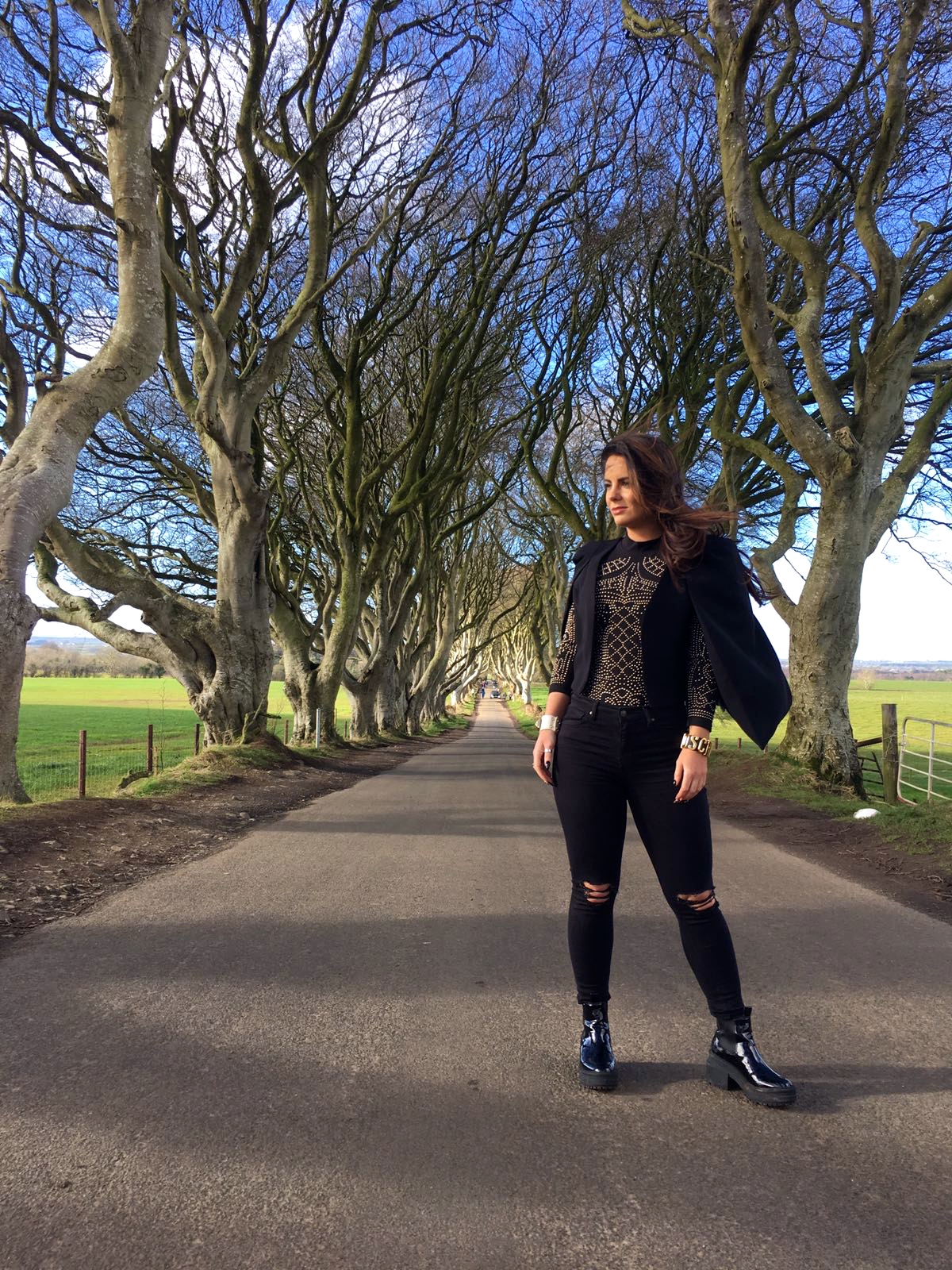 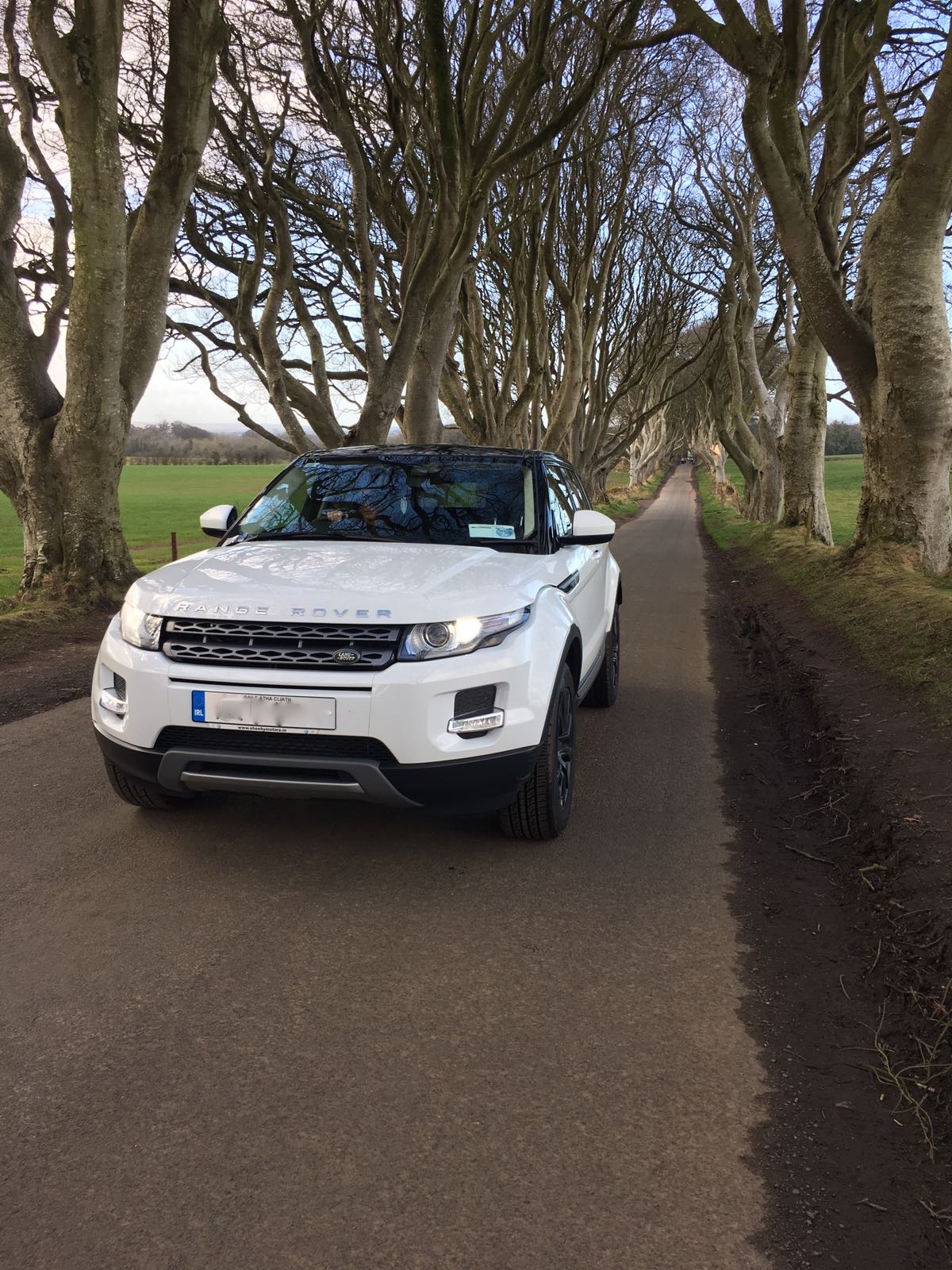 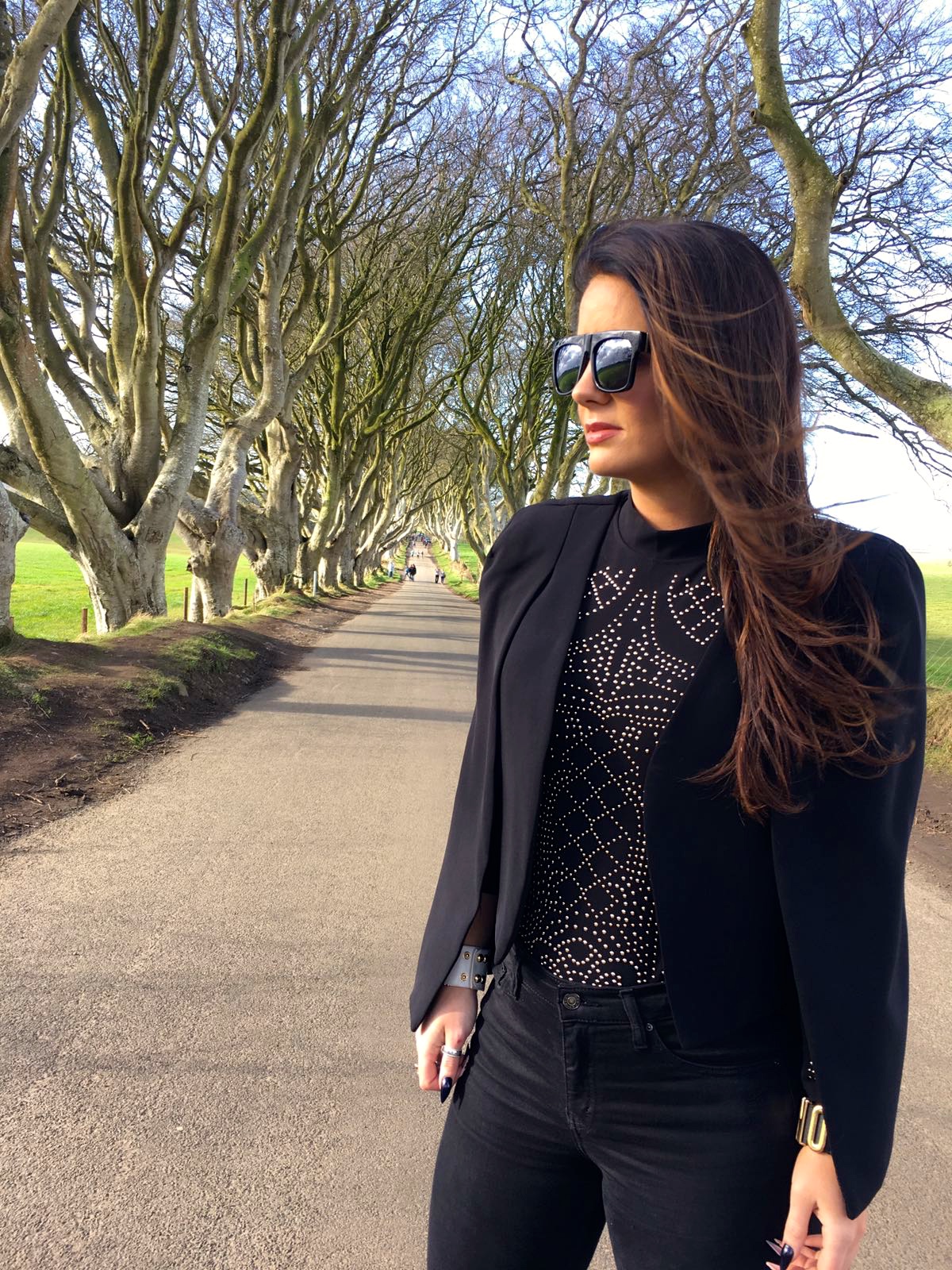