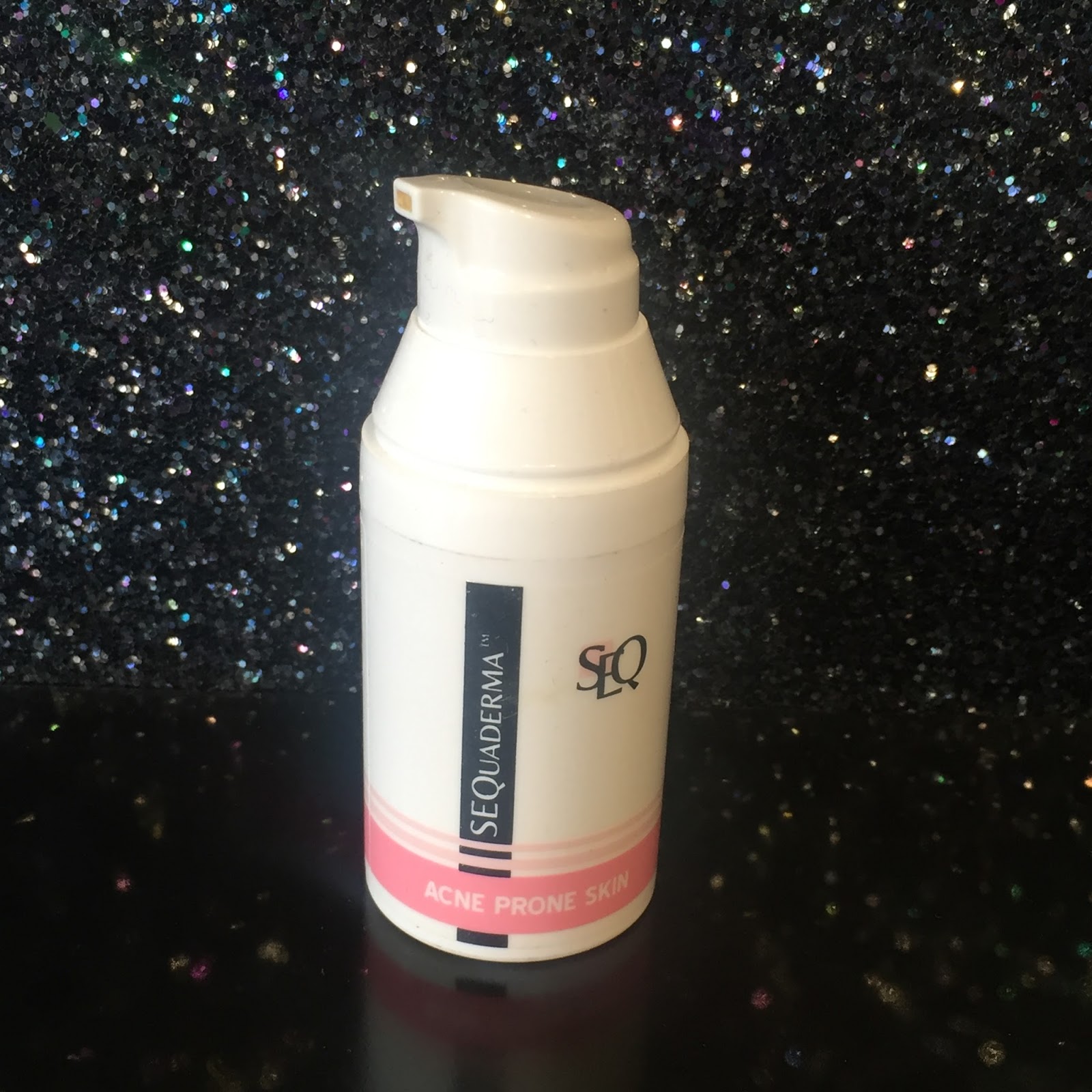 Anyone who knows me will know that I fight a constant battle with my skin. It drives me insane that in my late twenties my skin has decided to act like a teenager!
I have tried a million different lotions and potions and to be honest, most of them were crap. Some helped a little and some didn’t even work in the slightest!
Then a few months back, Inish Pharmacy opened in Buncrana and after seeing on my blog that I was struggling with skin problems, they invited me to try their new Sequaderma product.
I didn’t want to review it too soon as I wanted to give a truly honest review (I also have been so busy that I hadn’t been using it consistently until now) but I can truthfully say it has really helped me.
At the beginning it left my skin feeling very tight and I worried about it drying out but the more I persevered and made sure I moisturised alongside it, the more I noticed a difference!
Never in a million years would I be seen dead without makeup as I really hate the look of my skin, but recently I have seen such a difference that I even went as far as taking a pic for you guys.
You can definitely see some scarring on my skin but on the whole it is quite good and a vast improvement from what it was! Don’t get me wrong, I definitely still have my bad days but nothing quite as bad as I have experienced in the past.
I would highly recommend Sequaderma to anyone struggling with their skin. It really has made improvements on mine. It is available now in Inish Pharmacy in Buncrana, Carndonagh and Muff!
Thanks so much to the team for topping up my supply today as it is a product that I always want to have on hand! And remember if you try it for yourself, don’t use it for a week then give up on it, take your time and use it over a few weeks and you will definitely start to notice the results!
Nicola x